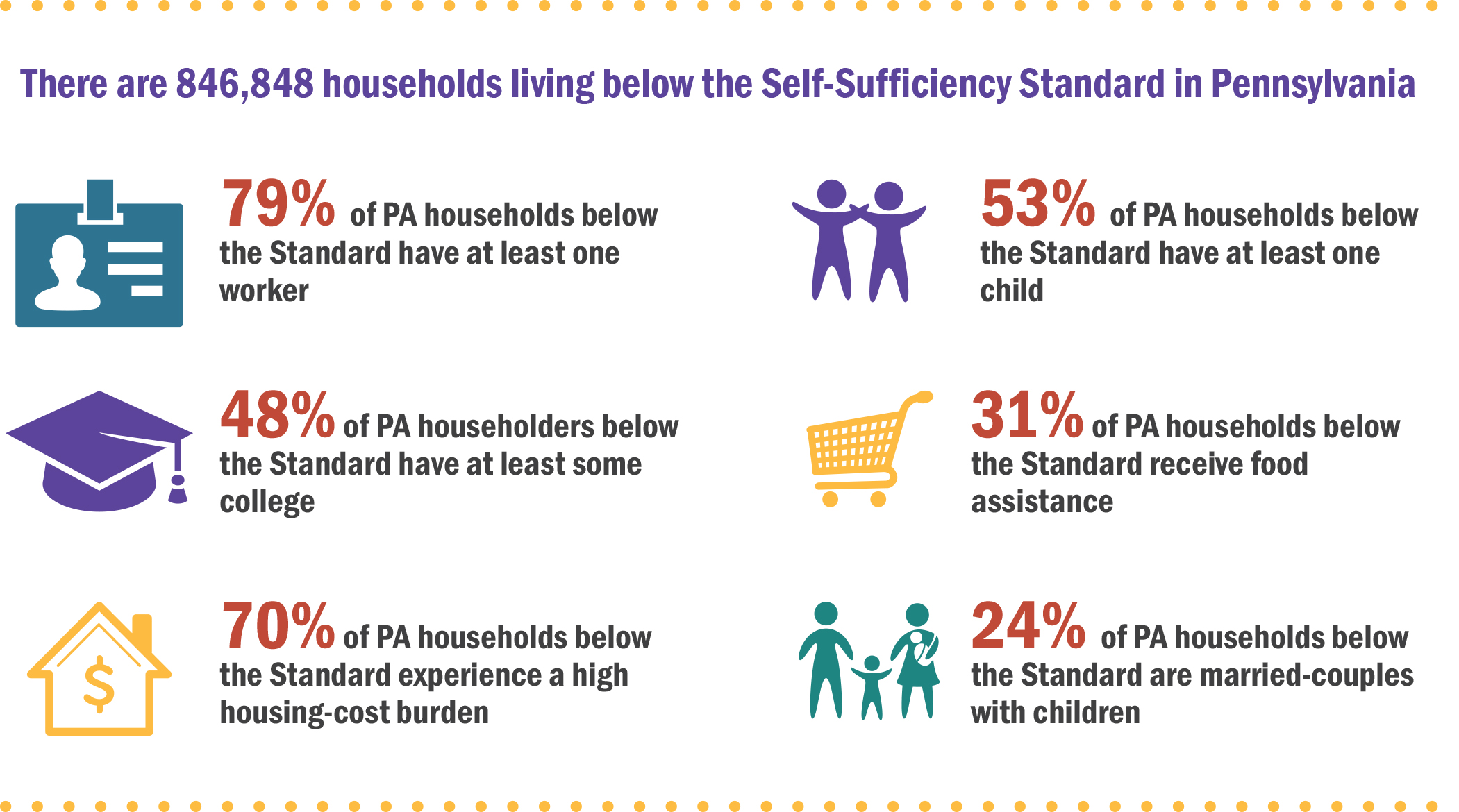 Since 1997, PathWays PA has worked with Dr. Diana Pearce and the University of Washington to calculate The Self-Sufficiency Standard for Pennsylvania. Over the last 23 years, The Self-Sufficiency Standard of Pennsylvania has documented the continuing increase in the real cost of living, illuminating the economic crunch experienced by so many families today. Since 2010, PathWays PA and the University of Washington have also issued three versions of the Overlooked and Undercounted report, which looks at the number of households living above and below self-sufficiency.

You can now use the interactive materials below to find out what it takes to be self-sufficient in your county.

The Overlooked and Undercounted report was made possible by the generous support of New Century Trust and the Women and Girls Foundation.